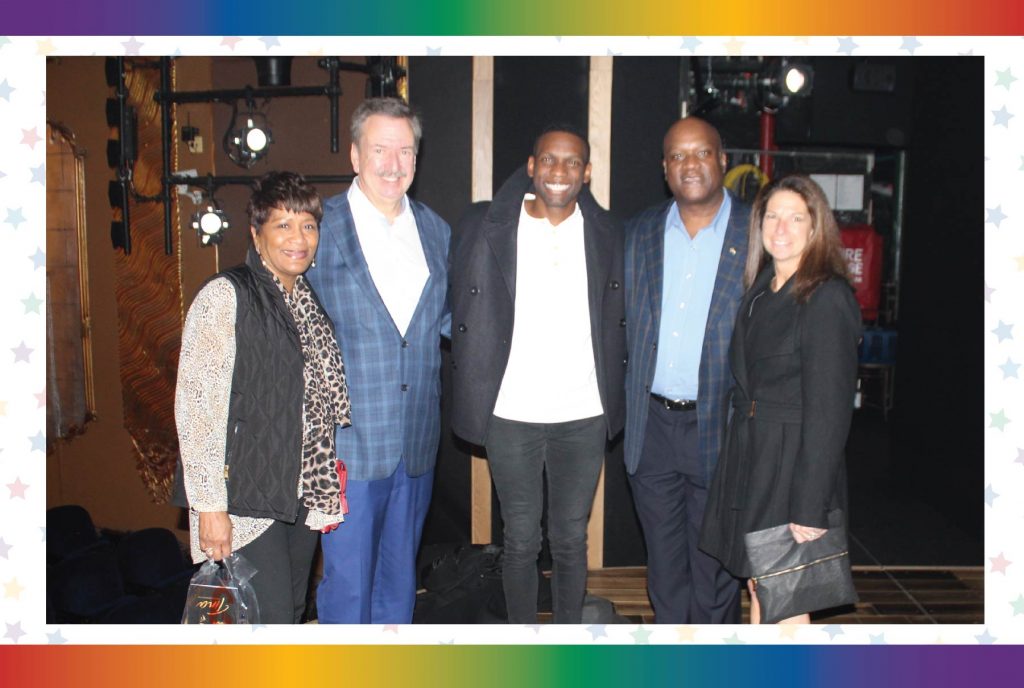 I am so proud to announce UNITY’S first student to make it to the big stage on Broadway, Matt Griffin, my nephew. On Monday, Cindy and I and Chuck & Lisa Surack flew to New York on the Surack’s private jet to see Matt Griffin in his debut appearance in the new Tina Turner Musical. Matt played the son of Tina Turner. What an amazing experience it was to see a student I’ve inspired, trained, empowered, and prepared for greatness on the Broadway stage. It was an emotional moment for me. Matt is the son of Glenda & Virgil Griffin, they enrolled Matt in the Voices of Unity at the age of 11, and he was dedicated to the process even when there were times he didn’t like the process.

Up on the Marquee: Arrives on Broadway
TINA – THE Tina Turner MUSICAL will begin performances on Broadway at the Lunt-Fontanne Theatre (205 West 46th Street) on Saturday, October 12, 2019 with an opening night set for Thursday, November 7, 2019.

Adrienne Warren leads the cast in in the title role, with Daniel J. Watts
(Hamilton) as Ike, Dawnn Lewis (The Wiz) as Zelma, Nkeki Obi-Melekwe as Tina Turner (At Some Performances) (Broadway Debut), Myra Lucretia
Taylor(Nine) as Gran Georgeanna.